SSAI Celebrates 20+ years of Outreach via the Earth Observatory Website 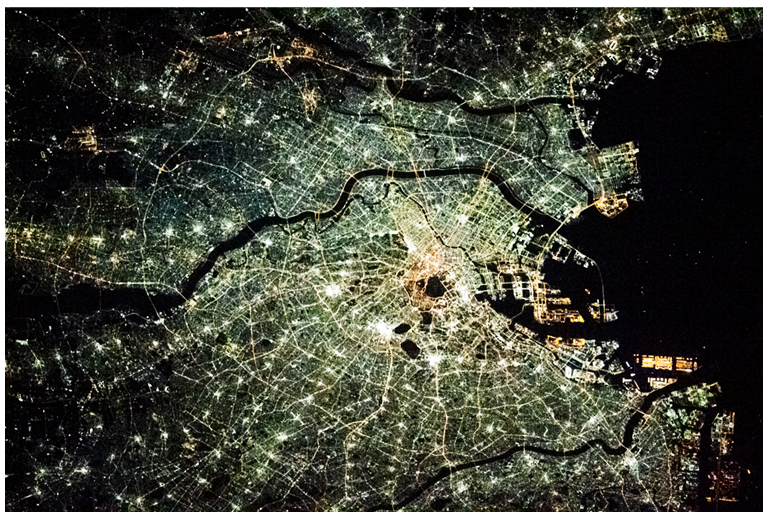 The Earth Observatory Website was designed to share with the public images, stories, and discoveries about the environment, Earth systems, and climate that emerge from NASA research, including its satellite missions, in-the-field research, and models. Since its inception in April 1999, NASA’s online daily Earth magazine has published more than 16,000 images that depict the latest satellite imagery, unique visuals, global maps, and easy-to-understand data visualizations; thereby enabling the public to have a better understanding of our dynamic planet. Almost since the beginning, SSAI has played an integral role in managing, maintaining, and expanding the website’s features and content, as well as supporting the creative staff that work daily to curate the website’s compelling content for the public.

Over the years, SSAI’s Earth Observatory team has continued to enhance the website’s outreach potential, to connect with and educate as many people as possible. Notable additions include: EO on This Day – which offers users the opportunity to see some of the most memorable images released on each day of the calendar year; natural event images – which are often accompanied by breaking stories; series of images that show changes over time; global maps; magazine length feature stories; and Earth Matters blogs. By providing material that demonstrates how our world has evolved over the past 22 years, the user is able to assess what we’ve learned over the past two decades and where we are, or should be, heading going forward.

In addition, website curators communicate with youth via “EO Kids,” where EO content/imagery is used to reach a younger audience with target ages of 9-14. Use of real images, as opposed to cartoons, and “hands on” activities, have made this endeavor highly successful with this age group. New puzzlers, videos, and social media events are added on a regular basis. Another fun feature is “Tournament Earth,” an annual promotion that encourages readers to vote for their favorite images. This feature was just recently reinstated after a few years’ hiatus and has resulted in users digging further and deeper into the wealth of information the site has to offer. 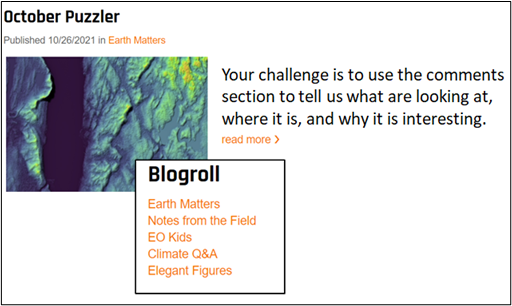 Despite the global pandemic, the Earth Observatory website experienced its busiest year in its 22-year history, serving on average over 900,00 visitors per month during 2020. These numbers clearly demonstrate that SSAI’s team is meeting its goals of accommodating a diverse array of audiences, drawing attention to a lot of Earth science research that might otherwise go unnoticed, and connecting Earth science to the most human and most inspiring parts of NASA.