While planning for natural disasters is always a concern for scientists, government agencies, and society, with the onset of climate change and the increased prevalence of floods, wildfires, and hurricanes, etc., disaster prevention has become a major priority for researchers, land use planners, and policymakers alike. Notably, in what proved to be the most active hurricane season ever over the Atlantic in 2020 and a super active hurricane season over the Eastern Pacific in 2021, SSAI’s Dr. Jingfeng Huang and his colleagues developed the Hurricane Warm Core 3D Animation System (HWCAS) under the Integrated Calibration and Validation System (ICVS) in support of the Joint Polar Satellite System (JPSS) Program Office.

The HWCAS uses the operational Advanced Technology Microwave Sounder (ATMS) sensor data record (SDR) to visualize the 3D structure of a hurricane’s upper-level warm core. The ATMS is an instrument designed to observe atmospheric brightness temperature and moisture profiles under all weather conditions. The ATMS SDR data is a major contributor to Numerical Weather Prediction (NWP) Systems, which are used for generating 1–10 day weather forecasts. The instrument has been flown aboard Suomi National Polar‐orbiting Partnership (SNPP) and NOAA‐20, formerly Joint Polar Satellite System (JPSS)‐1 and will be onboard JPSS‐2 through JPSS‐4. 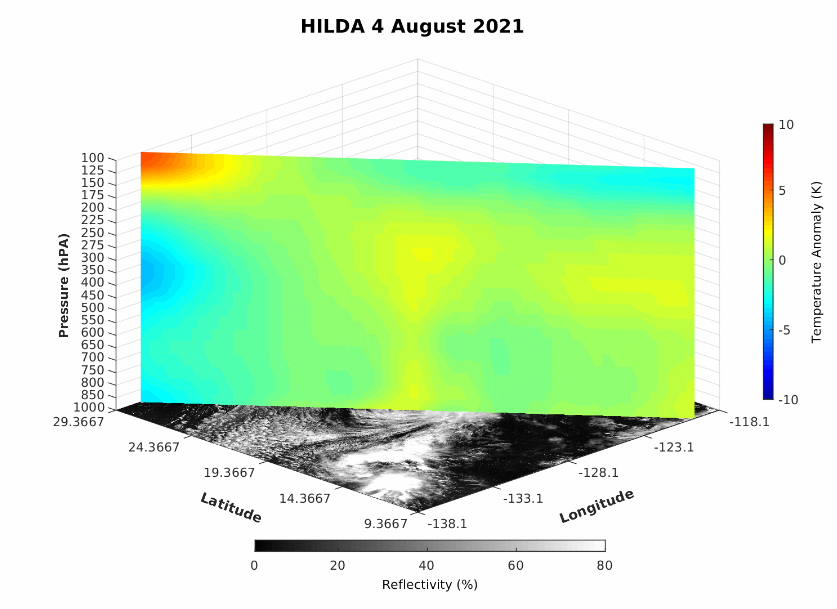 On top of this achievement, when the COVID-19 pandemic upended the globe in March 2020, Dr. Huang used an in-house satellite synergy system to pivot to remote operations, so he and his team could continue their hurricane monitoring remotely.  Dr. Huang and his colleagues remain busy monitoring this year’s the active hurricane season over both the Atlantic and the Eastern Pacific. From June to early August in 2021 - almost halfway through the hurricane season - the Eastern Pacific has been super active with three hurricanes out of 12 named tropical storms, while the Atlantic has seen only 1 hurricane develop out of 6 tropical storms. Dr. Huang’s extraordinary work was published in the popular AGU journal, Advancing Earth and Space Science, and his 3D animation of Hurricane Laura’s Upper-Level Warm Core was featured on the JPSS Program’s Official Twitter Account in August 2020.