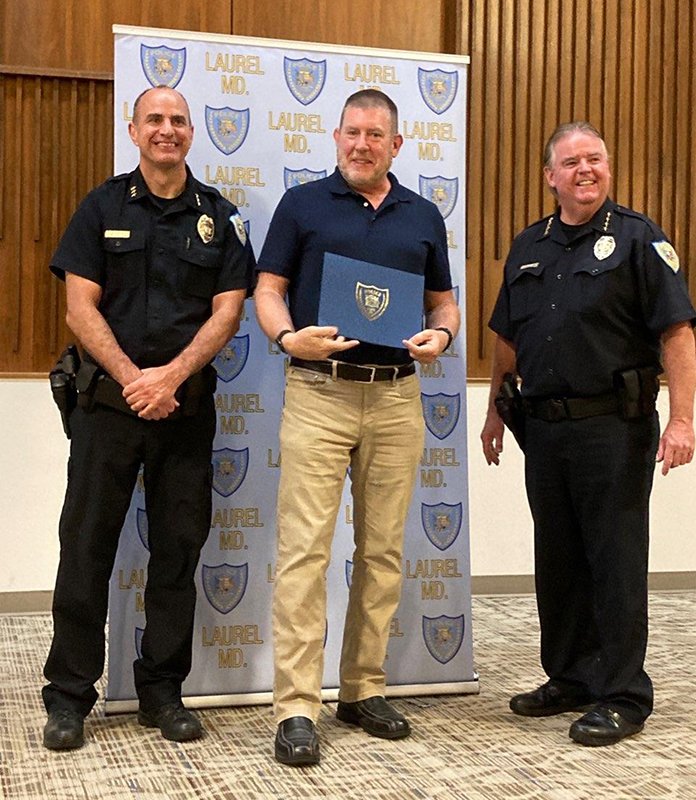 The Laurel Police Department Citizens Police Academy is a twelve-week program that combines classroom and hands on instruction in functions ranging from patrol operations and safety tactics to criminal and constitutional law, among many other subjects.

Instruction came from a variety of areas including from a detective specializing in financial crimes and firsthand experience with test subjects purposely under the influence so they would learn and recognize the signs of an impaired driver. Although much of the class involved fun activities, like riding around on a patrol Segway, other discussions were somber, such as responding to an active shooter situation or incidents of domestic violence. Participants were encouraged to express their thoughts openly and honestly in a learning environment and ask lots of questions. To add to the in-depth experience, they each rode with an officer on a shift. Sterling said of his ride-along on a Friday night that he “expected much action, though it turned out to be quiet. There were a few tense situations, but the officer kept them to a minimum for my safety.”

On graduation day, they each spoke about how much the academy meant to them. The ceremony was catered and included the city mayor and police chief. 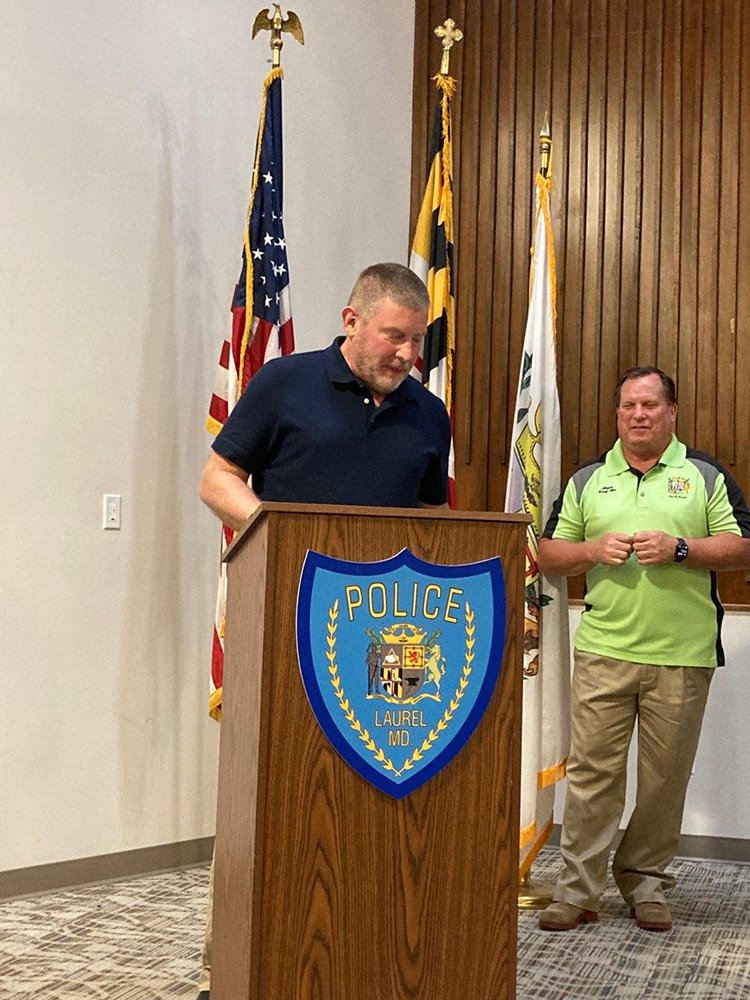 The goal of the Citizens Academy is to improve communication and understanding between community members and the police department by giving community members an “insider’s view” of law enforcement functions and operations and help to create and maintain a positive partnership for members of the Laurel community.

Sterling has more than 20 years of volunteer experience with organizations related to law enforcement, especially efforts that support members in a variety of communities. One such effort, with the Washington DC Metropolitan Police Department, was education and outreach to underserved, at-risk communities within the region, especially those targeted with hate crimes. Another effort was in support of family members and co-workers of police officers killed in the line of duty.  Sterling finds reward in helping people and the connection he creates with communities. He says he also discovered more about them and himself in the process.

Except for some remote support, much of the volunteer work was brought to a halt during the pandemic.  When the Laurel Police Department announced the Citizens Police Academy, Sterling saw a chance to restart his in-person volunteer interactions, especially in his own local area.